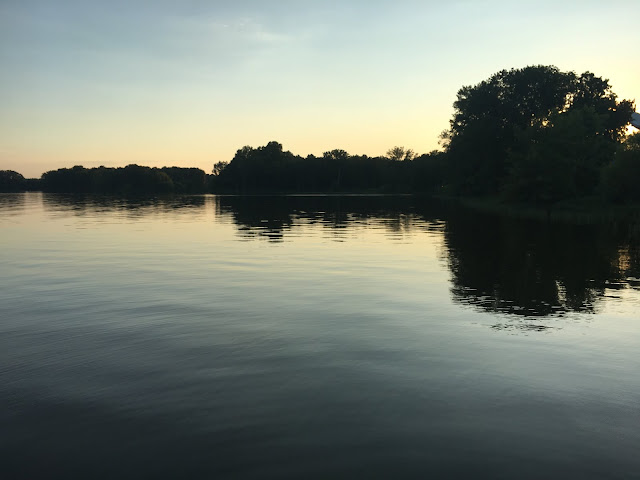 Elijah and Elisha.  At times their coupling in the Old Testament appears twin-like. Even down to the spelling and pronunciation of their names.  Like the old DoubleMint gum, they resembled two prophets for the price of one.  Elijah was Elisha’s mentor and they often traveled and ministered together.  In 2 Kings chapter 2 (catching on to all the two’s??) we see the bittersweet and miraculous end of the Elijah/Elisha era as they quite literally part ways.

Elijah knew that his “time had come”. He makes 3 attempts to separate from his mentee, all of them unsuccessful.  Elijah tells Elisha to “stay here” but Elisha refuses.  He cannot conceive of not being with this man of God…”so the two of them went on (v. 6)."  However, Scripture states clearly in verse 1 that the Lord intended to part them and to take Elijah to his eternal home in heaven.  The two of them must be split.

At the location of his third unsuccessful attempt at separation, Elijah stands at the bank of the Jordan River with Elisha at his side.  This passage tells that Elijah took his mantle - that garment he had placed over Elisha when he found him plowing in the field, conferring spiritual authority from God on him - rolled it up, and struck the water with it, parting it to the right and left. Moses, anyone? (The book of Kings was written to  the Jewish exiles who had been dispersed in the 500’s BC and any of them who heard this story were no doubt reminded of the great leader who had led them out of captivity in the days of their earlier existence!)  God allows the water to be parted by this demonstration, a physical display of the parting which he intends for the two prophets.

Elijah and Elisha crossed over on dry land and Elijah began his parting words to Elisha by asking him what he would like him to do for him before he is taken away.  Elisha replies he would like a double (2!) portion of his spirit. This request evoked the rights of the firstborn in the Hebrew culture to receive double portions of a father’s inheritance. Elijah’s response leaves the reader with a degree of uncertainty as to whether or not his request will be met.  Even so, they continue on together, walking and talking.

Then, in a swift and sudden spectacle, the Lord separated the two Israelites with chariots and horses of fire and a whirlwind.  This parting was final and God carried Elijah up to heaven in the whirlwind.  Elisha’s response?  He took his clothing and tore them in two.  Yup, in two. Then he reached for the mantle and repeated the water-parting actions of Elijah on the Jordan.  The results for Elisha were the same: the river parted to the right and the left.  Only this time, Elisha crossed back over alone.  Through this manifestation of God’s power, Elisha knew with confidence that the Lord God of Elijah was with him.  The men of Jericho who were observing from the water’s edge confirmed that “the spirit of Elijah rests on Elisha”.  Elisha’s request had been granted: he received his own portion of God’s spirit along with Elijah’s.

Working through Elijah’s faithful mentorship and intentional discipleship, God raised up another mighty prophet to help guide his people. As people of God’s new covenant, we can see this Old Testament story as a foreshadowing of Christ who led and loved his disciples while he walked with them and who, following his death and resurrection, ascended to heaven as a true and better Elijah. And as believers in the eternal life he offers, we inherit a portion of his spirit which both comforts and empower us, his children.
at June 15, 2019

I thought this was great, I Love all the references to two, doubles, etc! Thank you for thoughtfully putting this together and sharing it with others, Jenn!

I have read this story in the OT several times, but I've never realized the symbolism of this event and Jesus with the disciples. So interesting and profound. Thank you.

Jami, I am super delayed on all my responses. Thank you for your faithfulness to read the mangled mass of words God stirs me to write. And thanks for your encouragement continually!

Foodie - thank you for reading and taking the time to comment :-)